History of Mylor and the Fal Estuary 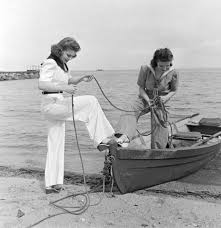 Historically increased professionalism of the Royal Navy led to them establishing new training centres at which recruits could be inducted into navy life. They decided to set aside five old laid up hulks in different ports around the country to use them as bases which volunteers aged between 15 and 17 could spend a year being educated for future service in the navy. One such port was on The Fal Estuary, at Mylor with the plan was to train these boys in seamanship and gunnery, as well as traditional aspects of sea life.

The hulk chosen to be put in Mylor was the old 84-gun second rate ship of the line HMS Ganges.

Despite initial objections that her layout made her unsuitable for the task, the decision went ahead. 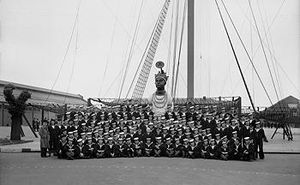 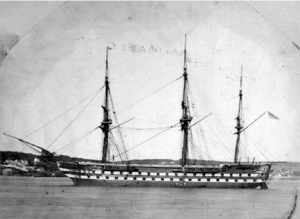 boys and became Ganges’s commanding officer. Having been refitted to provide accommodation for 500 boys, Ganges was towed to Mylor by the paddle tug Gladiator arriving on 20 March 1866 and was anchored in the Carrick Roads. During Ganges’s time in Mylor allegations of harsh and brutal treatment were reported to the Admiralty. Captain Tremlett, the senior officer of training ships, was ordered to investigate the situation and reported that Commander Stevens ‘had given punishments which were not laid down in the Training Regulations and had also prevented his ship’s company from taking due leave.’ Stevens and his first lieutenant subsequently removed, and were replaced by Commander F. W. Wilson on 24 July 1866. By the end of 1866 there were 478 boys at the establishment.

The Ganges left Cornwall for repairs sailing from Mylor on 27 August 1899 after needing her keel scraped she had her last days in Harwich.

Greatwood House and The Darlwyne 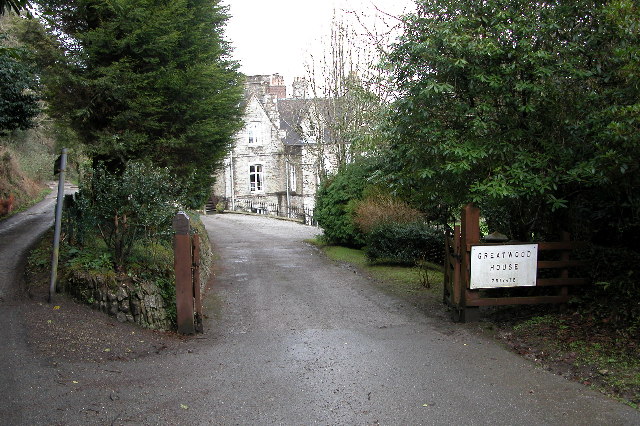 Greatwood house was a prestigious and majestic manor house and guest house with its own private quay to the Fal. 53 years ago a boat full of men, women and children guests of the Greatwood Manor left Mylor for a day trip to Fowey, little realising that none of them would survive the voyage. Described as one of the worst civil maritime tragedies in modern times, the sinking of the Darlwyne is still shrouded in mystery as the wreck was never found and the bodies of only twelve of the thirty-one people on board were ever recovered. 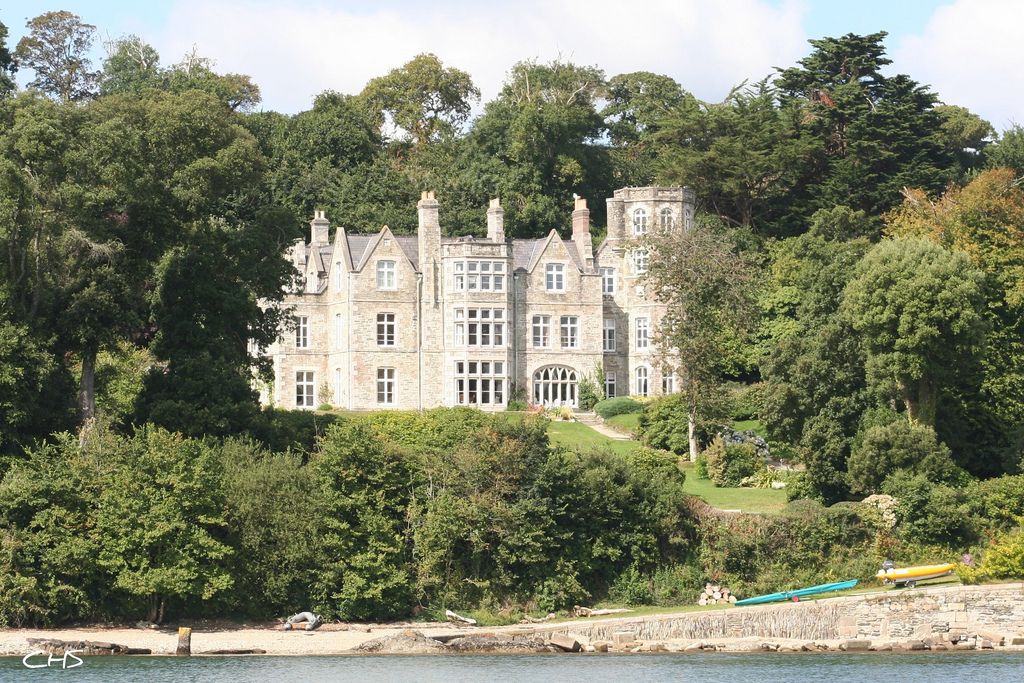 They arrived in Fowey without problem, but the skipper, Brian Bown, ignored pleas from locals not to return to sea that day because of an impending storm and as a result, the Darlwyne went down with the loss of all on board – thirteen men, ten women and eight children.

Despite a search by air and sea, no sign of the boat was ever found and many of those on board, including a woman who was seven months pregnant, were never found. It later transpired that neither the Darlwyne nor its crew had been licensed to operate as a sea-going pleasure boat and that the boat was unseaworthy with limited life-saving equipment and no radio. http://archive.divernet.com/home-diving-news/p315085-divers-may-have-solved-50-year-darlwyne-mystery.html

Its believed the wreckage could have been found by a local diver Mark Milburn.

The news follows a BBC investigation in which scuba divers concluded that extensive searches carried out at the time had been too far out to sea.The dive-team believe that the searches were carried out too far from land, because in the storm the Darlwyne would have hugged the shore around Dodman Point. “We know there are many wrecks on that headland that have never been found, possibly because it’s one of the worst places to dive,” diver Mark Milburn told the BBC.

After studying weather conditions and currents at the time, and where the bodies were found, 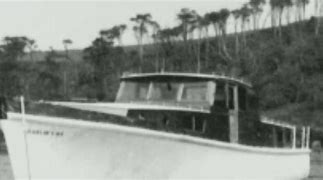 the divers decided to search a site off Dodman Point near Penare. After only half an hour Milburn came across a fisherman’s anchor of the right size to have come from the Darlwyne. “My best guess is that it’s more than likely it is,” he said.

When you visit the Pandora Inn, it’s easy to forget you’re in the 21st century. Its spectacular setting on the edge of Restronguet Creek part of the estuary is timeless. Steeped in history, parts of the Inn date back to the 13th Century. With its flagstone floors, low-beamed ceilings and thatched roof it’s not difficult to believe that little has 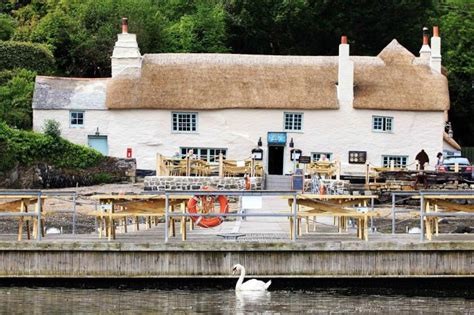 changed since that time. In the 13th century, there was a farm on the site. In 1488, the Restronguet Estate Accounts state that the rent was 8s 4d a year.

The inn was re-named in memory of the HMS Pandora

The naval ship sent to Tahiti to capture the mutineers of Captain Bligh’s Bounty. Unfortunately, the Pandora struck a remote part of the Great Barrier Reef in 1791 and sank with the loss of many crew and mutineers. The captain, Captain Edwards, was court-martialled on his return to Cornwall where he is reputed to have bought this inn. They serve the most delicious food and are multi-award winning.  Booking recommended but you can sit outside on the wonderful pontoons without a reservation. Link to Pandora Inn