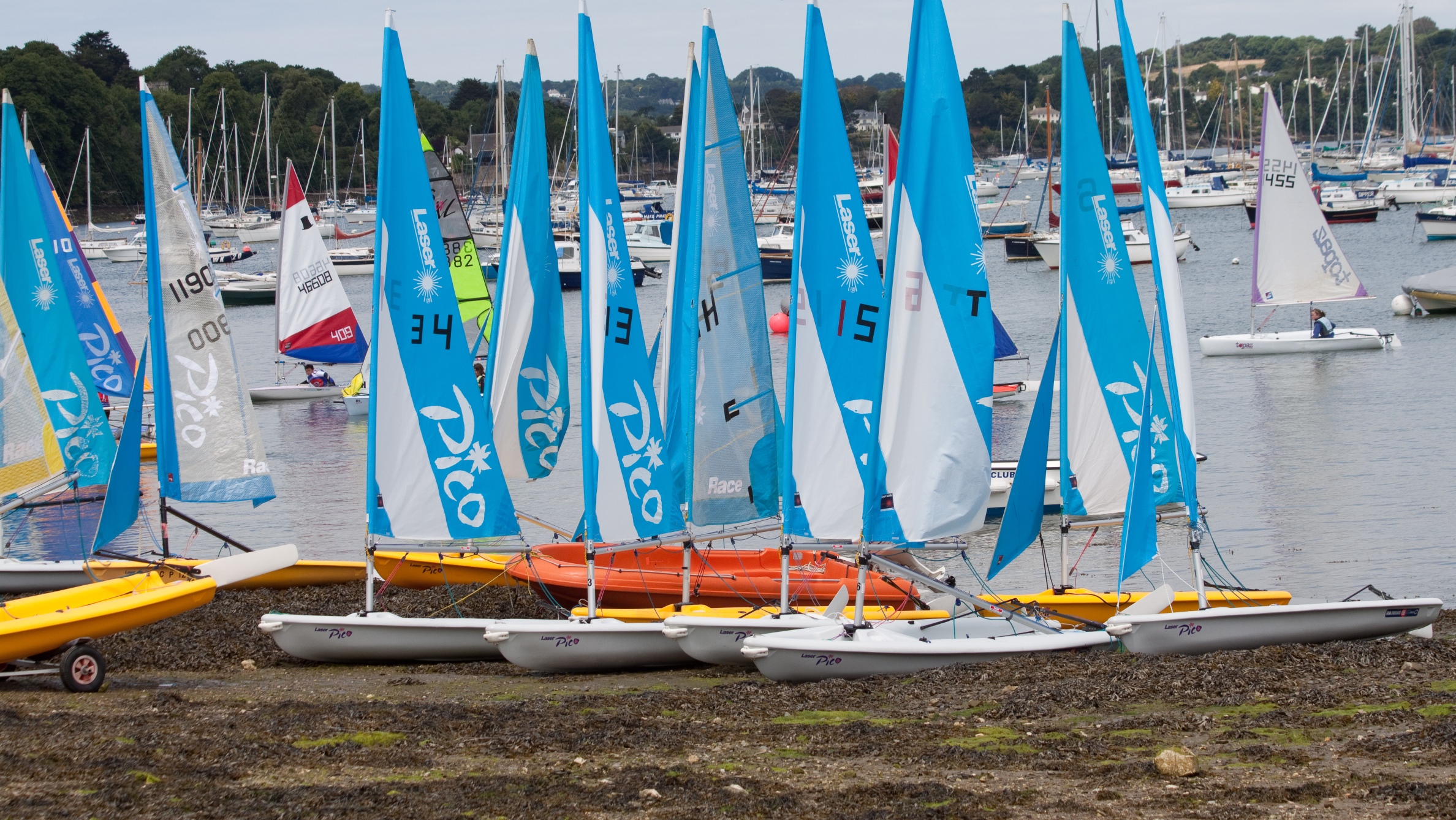 Tracey Boyne of Mylor Sailing School organises the Cornwall Schools Sailing Regatta event which is also part of the Cornwall School Games in association with the Cornwall Sports Partnership.  It took place on Wednesday 28th June, this week at Restronguet Sailing Club in Mylor Yacht Harbour, near Falmouth.

A great turnout as usual despite the weather.  Over 60 dinghies and almost 100 children between the ages of 8 and 16 years old. 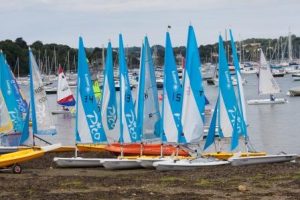 The event was another great success with pretty good conditions.  The wind was a little variable, mainly coming from the NW direction, between a force 1-3 and quite a strong tide throughout the day.  There were only 4 retirements throughout the whole three races.

There are winners for many of the classes of boats, and the overall Schools Trophy is calculated by the highest four places from any one school.  These are not allowed to all be in the same class.  Truro School stole the overall team trophy back this year.

The Cornwall Sports Partnership donate all of the medals, and an overall large glass trophy for the first school team which is a great memento for all the pupils who took part this year. 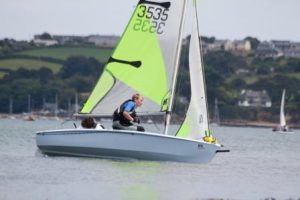 Although Tracey Boyne is the main organiser of the event, it really is a team effort from a huge amount of very kind teachers, parents, grandparents and other volunteers to bring the whole day together to make this event completely free of charge to everyone.  This event is now one of the largest sailing regattas in the South West and is also supported by the RYA SW representatives.

The event does mainly consist of the pupils bringing their own boats, but there are also a few dinghies available to pupils to enable them to get on the water for this event.  These are mainly loaned from a number of the local sailing schools in the area, including Mylor Sailing School, Truro College, Bob Warren from Roseland Paddle & Sail, St.Mawes Sailing Club, Penzance Sailing Club and without them lots of capable young sailors would not be able to enter.

A big thank you to Restronguet Sailing Club for allowing the use of the facilities to host the event and the Galley, and to Roger Graffy of Mylor Yacht Harbour for supplying free car parking again to everyone for the day. 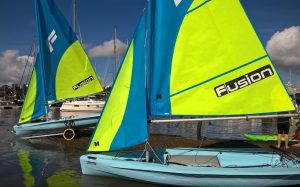 Last and by no means least, a huge thank you to all of the other volunteers who worked very hard on the day with teas, rescue cover duties, beach master, entries, results, and photos.  This includes lots of parent and teacher support.

The handicap fleet this year had grown to 8 boats, including the new Fusion sailing boat coming first in this fleet, also Hartley 12s, Laser 3000, RS Tera, Topper Magnos.  Fred Ferris from Penair School and does regular sail training at Mylor Sailing School, won the handicap fleet in the Fusion.