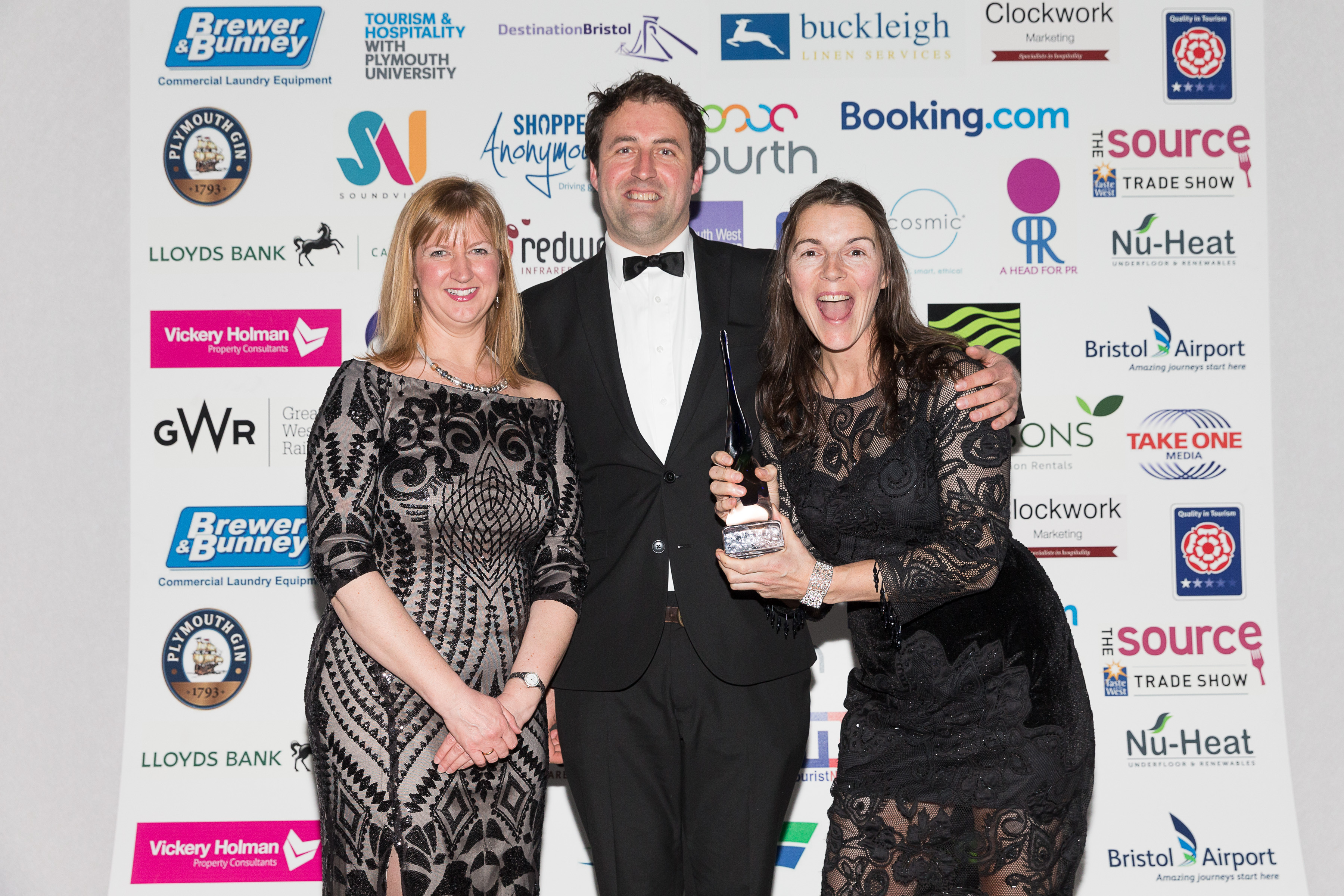 The prestigious SW Tourism Excellence event last week was .  This was jointly won with The Eden Project.  It was amazing for small businesses to be recognised as exemplars at Accessibility, and not just the big businesses.

We simply could not believe taking the Gold, let alone jointly with The Eden Project.  To have made it amongst the winners is a huge achievement, especially in England’s top region and we are truly humbled with this result.

After a rigorous 3-stage judging process, including a mystery shopper visit and judges attending all shortlisted businesses, Mylor Sailing School got into the finals and won the Silver Award at the Cornwall Tourism event at the end of last year.

Mylor Sailability is the charitable arm of Mylor Sailing School and we have created an accessible facility with a wheelchair friendly powerboat, adapted keelboats and a new learning space with hearing loop and ramped access.  We are overwhelmed with this result and we hope that this will help to publicise the facility and raise awareness for more local members of the community who may be able to get on the water and get active with sailing or powerboating sessions and courses.

Out of 602 entries from 6 of the South West counties all of which have been celebrated at individual events during the autumn, they chose 135 finalists to be considered for awards in the regional event.  Winners were spread across the whole region from the Isles of Scilly and Cornwall in the west to Bournemouth, Dorset and Salisbury in the east, and from Kingsbridge in the south to Bristol, Bath and Gloucester in the north.

The SW Tourism Excellence Awards was held at the brand new Lansdown Suite at Ashton Gate stadium in Bristol on Thursday 2nd February 2017.  The venue is the home of Bristol Rugby and Bristol City FC, and the largest conference and events venue in the South West.

For further information on the Sailability sessions click HERE